Happy Thanksgiving. Well actually, not very happy about the election results, but I still have a lot to be thankful for. Like all the music I heard at the October Folk Alliance gathering in . Let me tell you about some of that. 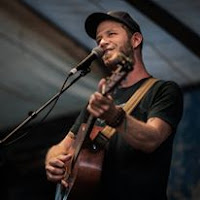 Scott Cook is a Canadian troubadour well worth some of your ear time. Here and hear. And listen to the Otter Creek duo, hear and here. Now listen to Nathan and Jessie.  Here and Hear.  That is just a tiny tidbit of all the great music that was happening at the conference.  You can check out the full line up on the FAR West Folk Alliance website.

In addition to the official showcase performers in the concert hall, there were late night showcases in the hotel rooms, from to (who needs sleep!)  I hosted a showcase room with my pal, Keith Alan Mitchell, and yes we had a quite a time. Nathan and Jessie, who I have already told you about, played our room.  Other folks who joined us include 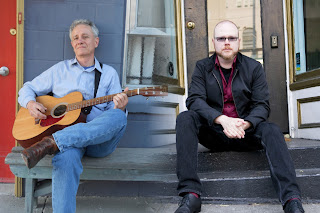 Terry Holder, Judi Jaeger & Bob Reid, Amber Ikeman (this video is with Keith), Severin Browne, Magali Michaut, and Aireene Espiritu.  So many talented players, wish I could mention them all.  Again check out the FAR West website to find more.

I had the pleasure of driving north to with Susan Reeves, and Reeves 'n Zat played a couple of shows on our way up to FAR West.  And of course, we did some showcasing at the conference too.  Here ye, here ye. 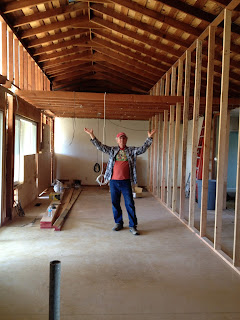 I played a couple of dates in November, but mostly I have been consumed by my house remodel.   It is very exciting to see it starting to take shape, and we still have a ways to go before the music parties can start.   A big thank you to Wolfgang Dilger at Bauhaus Construction and his skilled and hardworking crew.   No way I could do this on my own.

No gigs on the calendar for December, but January will be busy.   I'll be joining the Listening Room Retreats tour for a bunch of dates from to LA. After the LLR tour, I will play a set at J.C. Hyke's Songwriter Serenade on the 24th, and the next night drop in on Brad Colerick's Wine & Song.  At the end of the month, I'll be at the Wintersong Songwriter Camp. Show info is on my website, www.royzat.com, as usual.  At my current newsletter pace, I will be back to you February-ish with music to share from these adventures.