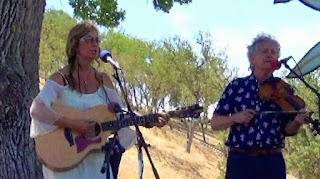 I am looking for performance dates along the road from San Francisco to Seattle. Any of you Northerners interested in having a house concert? Know of any nice folk clubs or coffee houses that might be interested in some California hillbilly music?

I'll be driving north in mid-October to attend the FARWest Folk Alliance conference. Susan Reeves will be traveling with two of her Honeysuckle Possum bandmates, and we are all hoping to play some shows together on the way. Here and here are a couple of videos from my recent mini-tour with Susan, and you can see the rest at  www.reevesnzat.com.    You can see the Honeysuckle Possums in action here.  Good times guaranteed :-)

We are very excited about the possibility of doing some performances together.   Thanks for any leads, ideas or suggestions you might have. 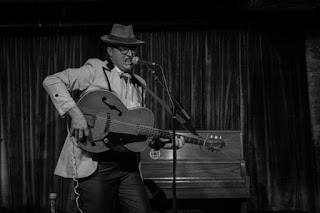 Here on the new homestead in Santa Rosa, I am mostly a construction worker these days.   But, I have gotten out and done a little exploring of the Sonoma County music scene, too.  Last Saturday, I saw Arann Harris at the Mystic Theater in Petaluma.   What a fun show!!  I couldn't find any live videos that captured the energy he delivered on stage, but here and here are a couple to show you how much fun he is -- and how good his band is.   Sean Hayes opened the night with his fine songs -- what a very soulful guy!!  Here.

The Mystic is a rock club and you can have a good time if you bring your ear plugs.   About an hour into the show, I went up and asked the sound man to turn down the sub-bass which he had gradually pushed up to the point of beating my chest in and covering up too much of the rest of the mix, IMHO. He frowned at me but he did it; and just to annoy him further, I went back in about 10 minutes, after I had time to appreciate how much better it sounded, and I interrupted him again,  I told him thanks and gave him a $20.   I enjoyed that. 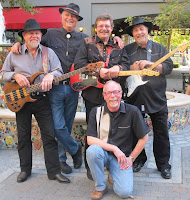 Went to a music party last Sunday, hosted by Peg and Gary Grubb in their back yard.   A few us sat in, but mostly it was a concert by Gary and his red hot country picking buddies in the Hot Grubb band.  Like here and here.  These guys are so tight; I was grinning ear to ear, for the pleasure of sitting in with them.  Thought you had to go to Nashville to hear pickers and singers like that.

Born Lucky, my band with Michael Hanna, has a show next Sunday at the Kensington Market, near Berkeley.   This is one of our favorite outdoor venues; quality produce and fine lunch fare, with lots of seating in front of the band -- much more than your average farmer's market.   We'll have some fun. 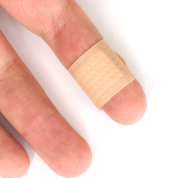 Public Service Announcement:  Construction and music is a dangerous combination.  I sliced the index finger on my left hand real well, about ten days ago, and had a date to play at the Hopmonk Sonoma.  Playing with a band-aid holding your finger together is not conducive to good fiddling, but I did okay and there was no blood on the strings.  You carpenter pickers be careful out there and I will too.

Other construction news: the bedrooms are painted and carpeted, bathrooms just about done.  Linda and I are hoping to move in at the end of June.  The major remodel of the living and dining rooms and kitchen is a few months away.  I have an architect and structural engineer working with me on that.  We'll have to get the City of Santa Rosa's blessing, and then I'll need to find a contractor to work with.  To be continued.

That's a bit of my news.   Hope you are doing well too;  I always like hearing what you are up to.  And again, any gig ideas or suggestions for the North Country will be greatly appreciated.